The redevelopment of the former Royston Arms PH site is represented by a sustainable new build mixed used development, providing a combination of retail use at ground floor with residential accommodation above, together with associated landscaping, amenity space, car and cycle parking. 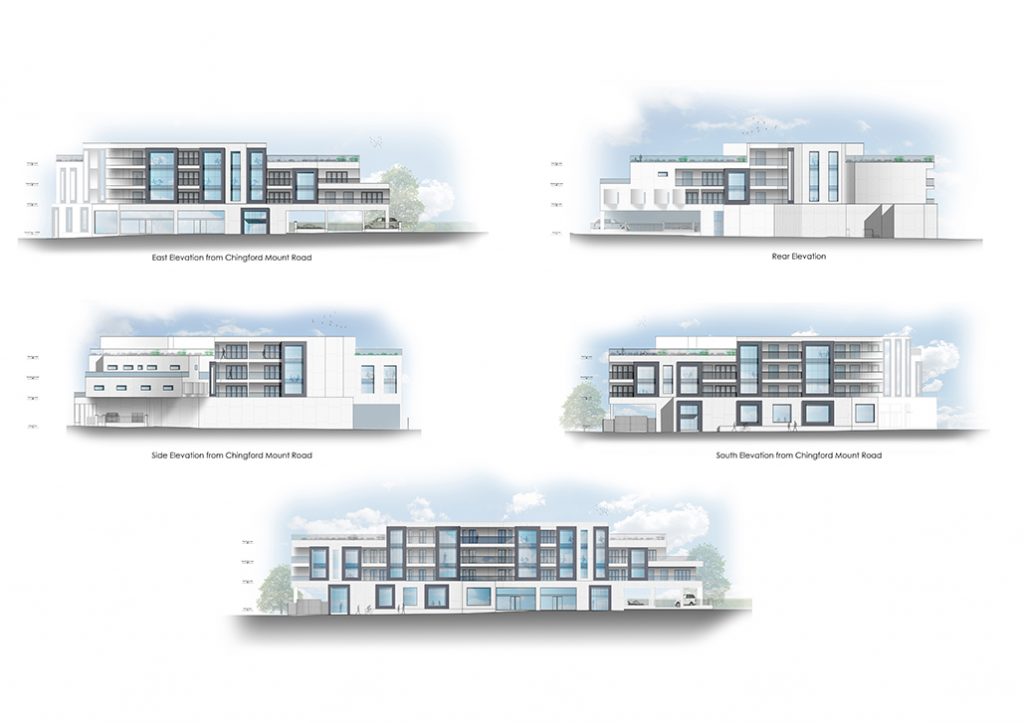 The site is located on Chingford Mount Road, a locally important destination that benefits from a good amount of foot fall, retail, and amenity provisions. The opportunity arose to reuse the site of a disused public house to provide a mixed-use development which consolidates the west side of Chingford Mount Road within a single vision and creates a vibrant local destination. 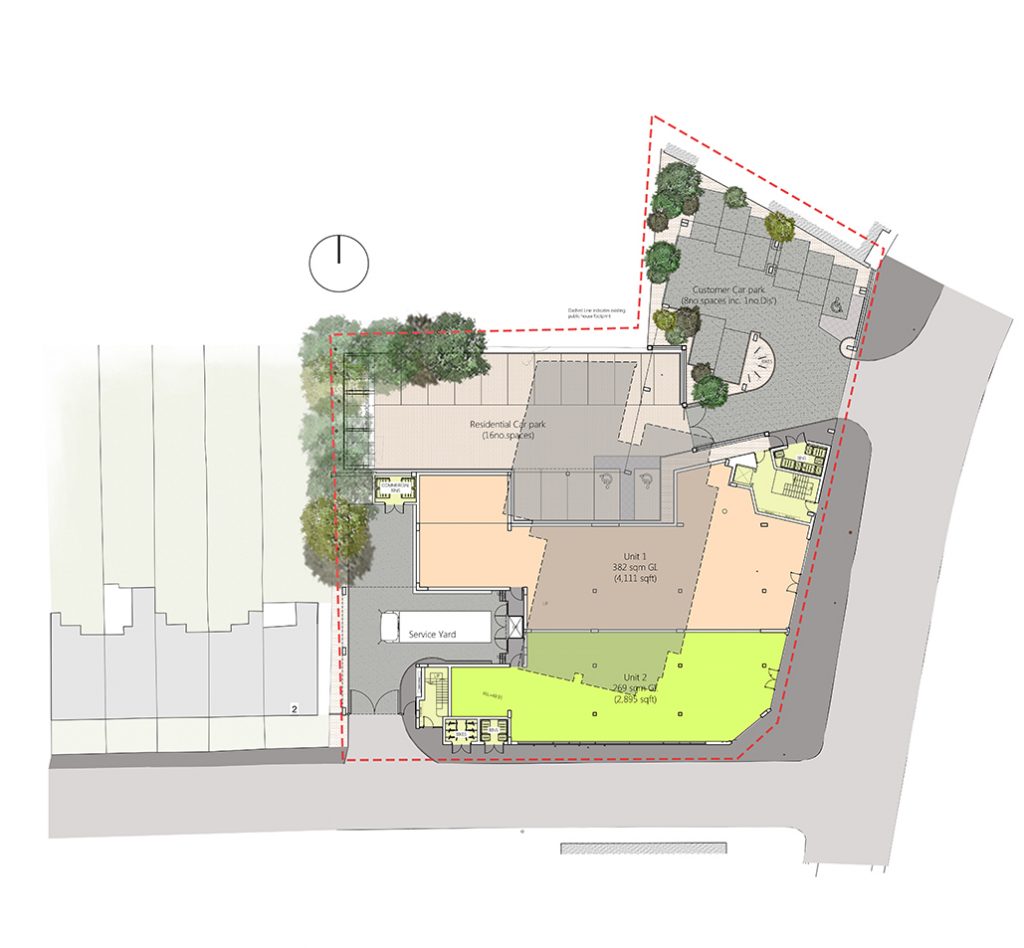 The urban nature of the site brings with it constraints in terms of overlooking and massing impact to the adjacent buildings. The paramount importance is the setting of the proposal adjacent to existing dwellings on both Chingford Mount Road and Westward Road. Central to the success of the new development is its relationship with the adjacent three storey building to the northern boundary on Chingford Mount Road and the two storey dwelling to the South West boundary on Westward Road. There was a requirement to negotiate a form between these two scales as well as the local two to three storey contexts.

In order to break up the mass of the new development and to relate to the different character zones, the building’s design is varying in scale on each side, allowing it to fit into the existing context. As a result, the proposed massing connects with the active frontage of Chingford Mount Road, and creates a dynamic presence within the Neighbourhood Centre, while respecting the area’s character.